Obama Sets Stage for Jerusalem’s Destruction and Judgment on US; a Biblical Perspective

Obama let an anti-settlement resolution pass the UN Security Council, breaking his word to them and abandoning our best ally in the Middle East to those who hate Israel–maybe setting the stage for prophecy.

“The day of the Lord comes…all nations [United Nations?] will gather against Jerusalem to battle. The city shall be taken and the houses rifled and the women ravished…Then shall the Lord go forth to fight against those nations.” Zechariah 14.

“The day of the Lord” has already been signaled by several ‘when-then’ signs in 2015,” says Dr. Richard Ruhling, author on Bible prophecy. He cites the Iran Nuclear Treaty, also promoted by Obama as a “peace and safety” sign in 1Thessalonians, chapter 5. The rare solar eclipse on the equinox and blood moon also signals “the day of the Lord” in the last verses of Joel 2.

But how will God “fight against those [Muslim] nations as stated above? In the Bible, God says, “There is none like Me, declaring the end from the beginning.” Isaiah 46:9,10. In the book of beginnings, the 22nd chapter of Genesis, God tested Abraham’s willingness to sacrifice his son, Isaac. Muslims say the son was Ishmael and they celebrate the ram sacrifice, calling it Al-Adha. Which is the true holy book?

The Bible offers further detail with a militant ram sacrificed in Daniel 8. We know Alexander the Great conquered the Medes and Persians (named in verse 20) at the Battle of Arbela in 331 BC. But Gabriel told Daniel that his vision was “at the time of the end.” Verse 17.

Moderate Muslims are closer to biblical religion than much of the US with its alcohol, tobacco, drugs, sex, crime, violence, Hollywood, TV, perversions and rock music that their leaders hate and call it Christianity.

One problem is Israel’s large secular component that has little interest in its spiritual heritage in spite of godly leaders like Netanyahu. The US is no better. 60 million abortions and a re-defining of marriage by the Supreme Court invites judgment on the US as well, says Ruhling who sees Passover as the time when judgment came to Jerusalem in 70 AD.

If Jerusalem suffers judgment at Passover in April, America should expect judgment a month later as clues like “the days of Noah” suggest. Destruction came with Passover timing, but in the 2nd spring month.

Then Muslims or Palestinians in Jerusalem claiming victory over the Jews, should beware. “The Lord shall roar…from Jerusalem and the heavens and earth shall shake.” Joel 3. They will get the message, but so will the US as the earthquake initiates ‘the day of the Lord’ in Joel’s 2nd chapter, 10th verse.

How history repeats may be reminiscent of God executing judgment on Egypt and taking Israel to a covenant, later saying, “I am married to you” in Jeremiah 3. Paul included that history of the Exodus when he said, “All these things happened to them for tupos—types… ends of the world.” 1Corinthians 10.

For more information, readers can visit Ruhling’s website at http://MayJudgmentDay.com or get a copy of his ebook, The Alpha & Omega Bible Code. It has mostly 5-star reviews at http://amzn.to/1iXKH8n and it’s fre*e on December 28 and 31. 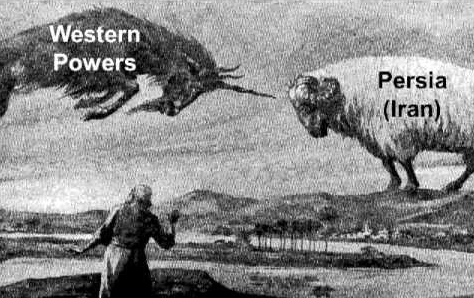