Summary: When asked about the end of the world, Christ said to understand Daniel. Daniel’s 7th and 8th chapters have political cartoons that fit the papacy as a little horn that grew out of the Roman Empire to become great, but it did bad things. Islam is represented by the ram in Daniel 8 that pushes west into Europe and the US. Martial law is the abomination that Christ said was a sign to flee. 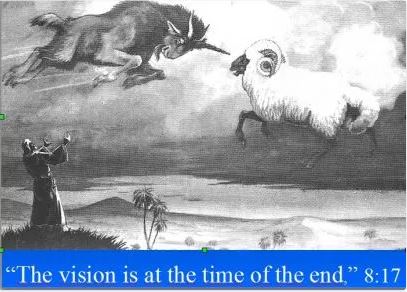 July 4, millions of Americans celebrate their freedom to eat, drink, smoke and sex as they please, but in so doing, many are brought into bondage of negative habits. Medical care is another example of bondage as is government education that strips the youth of biblical values and information that made this nation great and predicted the world events as they are unfolding, says Dr. Richard Ruhling, author on Bible prophecy. He offers the following insights.

The Bible, like history, is divided into BC (Old Testament) and AD (Ano Domini, year of the Lord). In the face of his rejection by the people he loved, the Savior warned that their temple would be destroyed.

Shocked, his disciples asked what would be the sign of it and the end of the world. (Matthew 24). He said to understand the abomination in the book of Daniel that early believers understood to mean Rome. When the Roman army was “standing where it ought not” (Mark 13), they fled the city and were spared destruction by Titus in 70 AD. (Josephus, Wars of the Jews)

Obedience to his warning saved the Christians who fled, but what about now? Those signs may apply as the US had the first-ever military drill on US soil last summer, and it’s like the Roman army because the CIA (also called Catholic Intelligence Agency) and DHS are Catholic. Since the pope asked Europe to accept Muslim refugees, these agencies have favored the immigration and ordered Phil Haney (DHS employee) to delete records of Muslims with terrorist ties. (Google)

Why would Rome want Europe and America to accept Muslims that can’t be cleared with intelligence? For the same reason why they were behind slavery and the Civil War. They were the only foreign entity to recognize Jefferson Davis as the “illustrious president” of the Confederate States—Rome wanted to divide America and did manage to assassinate Lincoln who held it together. (YouTube Search)

Rome signed a concordat with Hitler that the world would be Catholic when he won the war. They bet wrong as God helped America win the war, but they strategized again for world dominion via the UN (Alberto Rivera, The Godfathers)

The US is the lamb-like beast in Revelation 13 that makes an “image beast” (UN) to look like the sea beast that early Americans believed was the papacy. The similarity is due to the compulsion to false worship so that one can’t buy or sell without compliance, explains Ruhling who says the UN will give the pope power, represented by him riding the New World Order beast in Revelation 17.

This pope has talent for the job—he got Europe to open their doors to Muslim refugees and now as the world spins into chaos, Rome knows how to never let a good crisis go to waste. What’s coming may be a replay of 2008 when a woman said her son was a high level priest who went to the Vatican every two weeks and he said before the election in 2008,a crisis would mean that things will never be the same, says Ruhling of online sources. 2016 is also an election and Bible imagery supports a turn of events.

Protestant reformers believed the papacy was represented by the “little horn” that grew out of the 4th dragon-like beast of Rome in Daniel 7. It persecuted Protestants so they fled Europe, spoke “great words” against God, claiming the title, “Lord God the Pope,” and changed God’s law, deleting in their Catechism the 2nd Commandment forbidding images and changing the Sabbath to Sunday as a mark of their authority that Evangelical Christians honor, in spite of no biblical support for Sunday.

Sunday is what’s behind this pope’s answer to global warming. He wants businesses to shut down so people will go to church. Their church’s attendance has been in “free fall” with only 15% attendance in NYC and 12% in Boston. His encyclical provides Sunday for everyone, whether they be Atheist, Jew, Muslim or Christian Sabbatarian. (Laudato Si’ par. #237) The pope came to sell this to Congress and the UN with his “great words,” that are the context when the judgment begins in Daniel 7:10, says Ruhling.

In that context of judgment, Daniel 8 shows a conflict between a ram and goat. Historically, the ram represented the Medes and Persians, named in verse 20, that were defeated by Alexander, king of Grecia, verse 21, but now the Medes and Persians are Iraq and Iran symbolized by militant ram pushing west into Europe and the US, angering a goat that flies to break the ram horns. Why a double application?

Gabriel said the vision is “at the time of the end” verse 17. It means Daniel applies once in history, and again for the “end-time” with militant Islam. Obama’s Nuclear Treaty with Iran was not a good deal and Iran will probably not honor it.

Daniel’s vision from 2500 years ago is three-fourths fulfilled with the defeat of Saddam. Ruhling expects war against Iran, saying it will be a bigger deal because the ram’s “higher horn came up last” in Daniel 8.

Martial law was discussed in connection with the Roman army (above) and we’ve seen Rome’s role behind the scenes, but what about “no free election”? Daniel 8:21 says the goat’s great horn is the first king of Grecia. Obama has acted like a king, not respecting the Constitution.

Acting like a king, Obama as Commander in Chief of GOAT, [Global Organization Against Terrorism] that comes ‘from the face of the whole earth’ (the coalition against Saddam came from South America, Canada, Bosnia, Australia, Korea, the whole earth) and “touched not the ground,” Daniel 8:5. It was the first war fought and won mostly in the air. But this suggests Obama may stay in power.

It’s the God of the Bible, not the Quran, who can say, “Who is like Me, declaring the end from the beginning.” The book of beginnings, Genesis, shows the same imagery of a ram, caught in a Bush (!) to spare Isaac, Genesis 22:13. Muslims say it was Ishmael who was spared by the ram sacrifice which they celebrate in Al-Adha. Which is the true holy book?

This information suggests that that militant Islam is the ram sacrificed to spared Israel, son of Isaac. The Quran has no prophecies that have been fulfilled like those in the Bible showing the kingdoms of this world as in this brief review of Daniel 7 and 8. This is an important reason why the Bible is the best-seller and readers could do well to consider Daniel more. Destiny may depend on preparation for events as they unfold.

Dr. Richard Ruhling is author of America Is Gone. Subtitle: Destiny Depends on Our Choices Before All Roads Lead to Rome. Free July 4 & 6 at http://amzn.to/28O1vdi where visitors can click the cover to read the first chapter. Ruhling is a retired physician who says Obamacare is about Rx drugs. For true healthcare, he recommends a dvd for help to reverse many conditions, seen at http://RichardRuhling.com 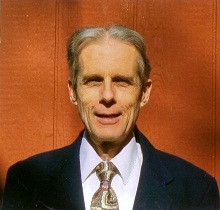 Guidelines on Kratom usage and dosage

Learn the ABCs of Forex Trading